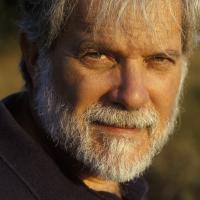 Steven Handel studies the potential to restore native plant communities, adding sustainable ecological services, biodiversity, and amenities to the landscape. He has explored pollination, seed dispersal, population growth, ecological genetics, and most recently, problems of urban and heavily degraded lands. Working with both biologists and landscape designers, he is improving our understanding of restoration protocols and applying this knowledge to public projects and to environmental initiatives. He is currently Distinguished Professor of Ecology and Evolution at Rutgers University, and Visiting Professor of Landscape Architecture at the Harvard University Graduate School of Deisgn. Previously, he was a biology professor and director of the Marsh Botanic Garden at Yale University. He is also Director of the Center for Urban Restoration Ecology, an initiative of Rutgers, dedicated to teaching graduate students and professionals, and conducting research on rebuilding and improving urban native habitats. In 2006, he also was awarded an appointment as Adjunct Professor of Ecology at the Univ. of California, Irvine. He was Visiting Professor of Ecology at Stockholm Univ., Sweden, in 2009. Dr. Handel is an Aldo Leopold Leadership Fellow and a Certified Senior Ecologist of the Ecological Society of America, and is the Editor of the professional journal Ecological Restoration. For his scientific achievements, he has been named as a Fellow of the American Association for the Advancement of Science (AAAS), of the Australian Institute of Biology, and of The Explorers Club. In 2000, he was awarded the Board of Directors Service Award by the Society for Ecological Restoration (SER). In 2007, he was elected an Honorary Member of the American Society of Landscape Architects (ASLA) for “national or international significant achievements… to the profession.” He then received the SER’s highest international research honor, the Theodore M. Sperry Award in 2011 “…for pioneering work in the restoration of urban areas.” He has led national workshops for the U.S. EPA to train environmental specialists in ecology. He was on the State of New Jersey Invasive Species Council, recommending new public policies to halt habitat degradation. He has been a lead member of landscape design teams doing ecological restoration in urban areas, including the Fresh Kills landfill and Brooklyn Bridge Park in NYC, the Duke Farms Foundation 2,700 acre holdings and the Great Falls National Historical Park in NJ, the landscape for the Beijing 2008 Olympic Summer Games, the new 1,450 acre Orange County Great Park in California, and the forestlands of the Fernbank Museum of Natural History in Atlanta. Recognition for this work includes 2008 and 2009 ASLA National Awards of Honor for Analysis & Planning, 2009 and 2015 ASLA National Honor Awards for Research, 2009 American Institute of Architects (AIA) National Honor Award in Regional & Urban Design, and the 2009 American Planning Association National Planning Excellence Award for Innovation in Regional Planning, and the 2015 ASLA National Honor Award for Communication. The U. S. National Science Foundation, EPA, National Park Service, and private foundations have supported his research. Handel has been an invited lecturer at over 200 universities and meetings throughout the world, teaching his concepts for ecologically improving urban land. EDUCATION B.A. Major in Biological Sciences, Columbia University. M.S. and Ph.D. Field of Ecology and Evolution, Cornell University.

There is great interest in increasing ecological structure and function is urban centers. What are realistic goals for this work and what ecological links can be rebuilt to overcome the stresses of urban environments? We have worked with landscape architects on the design of ecological public parks in cities from Brooklyn to Beijing.