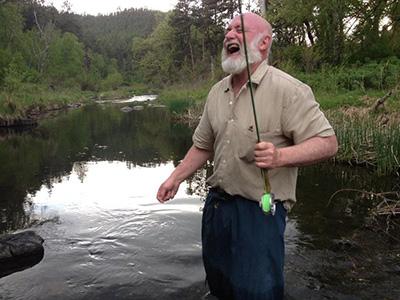 Presentation Abstract: While numerous studies over the past decades have described the impairment of ecological integrity associated with industrialization, few attempts have been made to clearly define and quantify the ecological functions and services of these environments. Most attempts to define urban ecology generally use biodiversity, as the primary metric and take the traditional approach of comparing an index of measured urban diversity to a hypothetical historic reference. Our lab seeks to further define ecological function as a product of assembly theory, focused on urban novel communities which may or may not be connected to species richness. We are building new references, that use ecological function such as, carbon and nitrogen cycling, hydrology and the mitigation of those contaminants typically associated with the anthropogenic soils. Such assemblages appear to developed unique patterns of species diversity/distribution; models of primary productivity and carbon sequestration that are driven by threshold tolerances, and develop along nontraditional guild trajectories.  This information can then be translated into strategies during the adaptive reuse or restoration of postindustrial landscapes. This talk will examine both the science of novel ecology and its application in urban green space design.

Dr. Gallagher, Director, Environmental Planning and Design, Associate Professor of Professional Practice, Department of Landscape Architecture, School of Environmental and Biological Sciences, Rutgers the State University.  For over thirty-five years Dr. Gallagher has explored the connection between people and landscape through both management and academic research. His current research, as part of the Urban Forestry Laboratory, focuses on the sublethal impact of soil metal contamination at both the species and assemblage level. Over the past several years the lab has examined metal translocation pathways and its impact on species distribution, productivity, reproductive success and guild trajectories.  Dr. Gallagher has published extensively in both scientific journals and venues of general interests on topics ranging from phytostabilization of contaminated soils to the ethics of ecosystem function monetization. He has presented hundreds of lectures at conferences and meetings both nationally and internationally. Topics have generally included current natural resource based environmental issues, demographic transition and most recently brownfield redevelopment. In 2001 he was invited by Princess Abdulla of Jordan to lecture on forest development in Amman, Jordan. Read more here: http://gallaghergreen.com/

This presentation is part of the annual Hixon Center for Urban Ecology lecture series. The event is free and open to the public. Lunch will be provided.