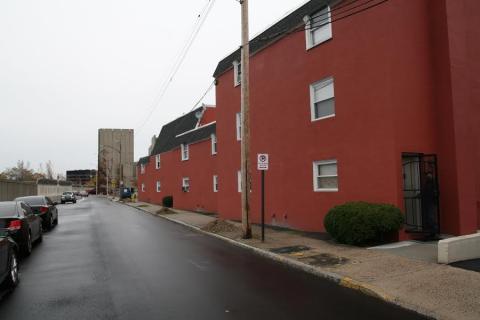 The trees will be planted by URI’s GreenSkills crew from 8am to 4pm.  The crew consists of six men working with the EMERGE re-entry program and two Yale Forestry student interns.

The City of New Haven has a long-standing partnership with the New Haven Urban Resources Initiative to plant and help maintain the city’s tree canopy. A new major threat to New Haven’s tree canopy is the Emerald Ash Borer. The Emerald Ash Borer, an exotic green jewel beetle, has infested Ash trees throughout the city, necessitating the systematic removal of many street trees and killing hundreds of millions of ash trees around the country. Currently, New Haven in under quarantine for the Emerald Ash Borer, which poses a significant threat to the city’s 800+ Ash (Fraxinus) species of trees. The City of New Haven, URI, and the Connecticut Agricultural Experiment Station (CAES) are designing a management plan to contain the spread of this pest, including inspecting all the City’s Ash trees and maintaining an inventory of relevant data.

Artizan Street, like many streets in New Haven, was lined with groupings of Ash trees. Now, as a result of the spread of the Emerald Ash Borer, the street has lost all its trees. The Downtown sidewalk now lays barren, and Aritzan Street neighbors find themselves without any of the benefits of urban tree cover.